The single is the first release from Isbjörg’s upcoming second studio album which is planned to be released by the end of 2023.

‘Ornament’ is Isbjörg’s most ambitious release to date and marks a new era for the band who, since the release of their debut album ‘Iridescent’ in 2019, have got Jonathan Kjærulff Jensen as their new lead singer. ‘Ornament’ is an energetic pop-rock song disguised in odd time signatures, distorted guitars and Isbjörg’s characteristic, swirling piano. The song captures many of the musical aspects of the coming album.

The good melody is in focus, but is served in Isbjörg’s own odd and forward-thinking fashion. Epic moments, odd passages and instrumental mastery all have their place on the new release while it is Jonathan's characteristic, bright and melancholic voice that takes the song to a whole new level and together with the music, tells a story of how lacking communication can spur fake facades, doubt and pain among otherwise happy people.

‘Ornament’ is available on all streaming services from Friday the 27th of January 2023.

We are incredibly excited to announce that we're releasing a new single on January 27th 2023. The single is the first release from our...

Finding a lead singer who could replace Niklas has been difficult, but we finally found the perfect match! Jonathan has been a good... 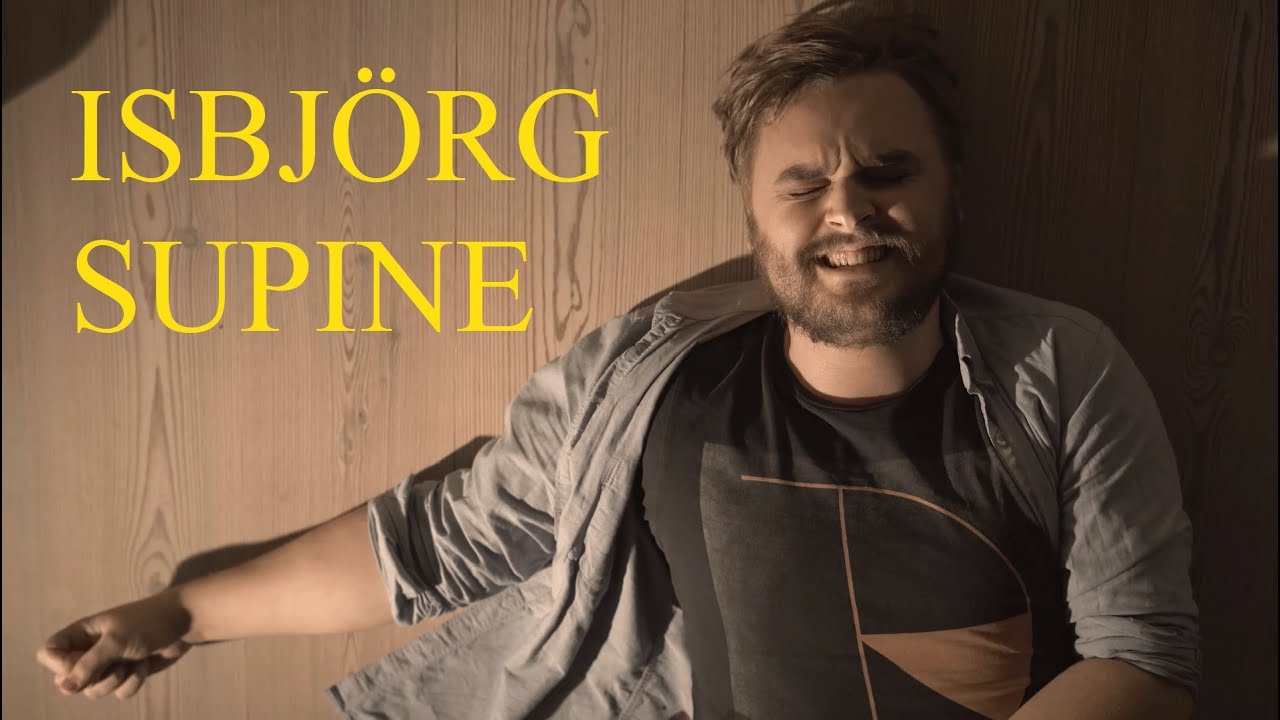 Music video for 'Supine' out now!

The music video for our song ‘Supine’ is out now! ‘Supine’ is the first track off our debut album ‘Iridsecent’ from 2019. The song tells...
1
2
News

On ‘Iridescent’ Isbjörg challenges the conventions and cement themselves as a band who strives to give something different to the world of progressive rock. Odd time signatures and polyrhythms combined with catchy hooks and lush melodies capture the listener in an intense and unpredictable soundscape.

The title ‘Iridescent’ as well as the artwork (Original painting by Freia Maria Faber) for the album encapsulates the colorful and lush vibe of Isbjörg’s sound. The music has many facets but they are all united by the energetic performances and the continuous fusion of the distorted guitars and the classic piano. The lyrical themes of the album also range widely, but with an overall melancholic yet hopeful feel to them.

As with Isbjörg’s previous work ‘Iridescent’ was written, recorded, mixed, mastered and published by the band themselves. ‘Iridescent’ is excactly the album Isbjörg wanted to make and captures the creative energy and playful rebelliousness that makes Isbjörg who they are.”

'Iridescent' was released on April 26th 2019. Isbjörg are now working on the follow-up. First single 'Ornament' out on January 27th 2023.

“The production is superb. The team of Isbjörg was flying, making everything themselves and the result is excellent. The singer is blessed with an exceptional voice, the guys master their art and they give enough originality to their music so we want to return.” Profilprog.com (9,1/10 rating)

As 'Iridescent' is Isbjörg’s full length debut, I feel that a masterpiece by Isbjörg may only be two or three more releases away.” - dprp.net (8.5/10 rating)

Isbjörg set out to prove that they deserve to be recognised as a unique and invigorating addition to the world of progressive rock when they released their debut album and it is clear that they have achieved their goal. Iridescent is an absolute pleasure to listen to.” - Rifftastic (9/10 rating)

The Danish 6-piece takes full control over their sound. They write, record, produce and engineer their music themselves, giving them the opportunity to seamlessly transition between these different stages of the process, shaping their own and thoroughly unique sound. The aim of the band has always been to surprise and break musical boundaries without compromising the songwriting.

Odd time signatures and polyrhythms combined with catchy hooks and lush melodies capture the listener in an intense and captivating soundscape.

With two EP's and two single releases behind them, Isbjörg have evolved and matured their piano-heavy sound throughout the years which culminated in 2019 with the release of their debut album 'Iridescent'.

'Iridescent' was very well received by both fans and the press. Since the release Isbjörg have been touring Denmark and are currently writing their follow-up album which is expected to drop in 2023.

For all enquiries, please use the contact formula on the right or send an e-mail to isbjorg@isbjorg.dk